Survey: Majority of Employees Would Choose Other Benefits Over a Raise 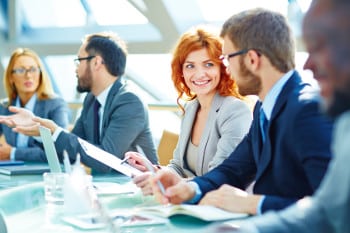 Many business owners believe that when it comes to rewarding and retaining their employees, those on their team would be more than satisfied receiving a raise. However, a new survey reveals that instead of a pay raise, a large majority of employees would prefer to receive other perks.

This survey, which involved over 2,000 American adults, was conducted by the job review site Glassdoor. It revealed that 79 percent of the participants would rather receive additional benefits instead of a higher salary. In particular, 40 percent of respondents stated that they would prefer having a comprehensive health insurance plan. Other themes highlighted in this survey include the desire for more paid sick and vacation days.

The desire for additional benefits over a pay raise is extremely prevalent among those between the ages of 18 to 34. In this survey, 89 percent of the participants in this age group reported that they would prefer benefits over a pay raise, compared with 66 percent of those between the ages of 55 to 64 who said they would want this same thing. This difference may be attributed to larger numbers of baby boomers having jobs with benefits, since many of them entered the job market at a time when the economy was expanding and the job market was more stable.

If you would like to reassess the benefits package you current provide to your employees and make positive changes to it based on your business’ needs, please contact us at BlueRock Wealth Management. We look forward to hearing from you.

Leave a Reply Survey: Majority of Employees Would Choose Other Benefits Over a Raise Cancel reply