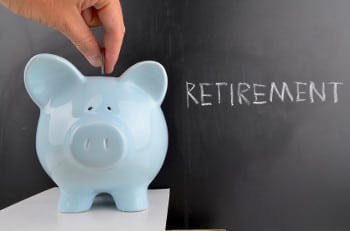 Recently, the Harper government announced that it was thinking about giving Canadians the ability to increase how much they put into their Canada Pension Plan. Occurring just a few months before a federal election, the government claimed that they did this so that people had more retirement investing options.

However, this announcement did not go over as well in Ontario, where Premier Kathleen Wynne has been trying to expand the Canada Pension Plan for an extended period of time. Wynne was ultimately unimpressed by how voluntary the federal conservatives’ proposal was.

Right now, Canadians already have a variety of different retirement investing tools, such as TFSAs and RRSPs, available to them. What’s more is that many Canadians do not take advantage of these programs. For example, in 2014, people left $440 billion in TFSA room and $735 billion in RRSP room untouched.

Although the federal government may have stated that it was time to increase how much people are able to put into their Canada Pension Plan for political reasons, the government in Ontario is actually taking action. For instance, in May, Ontario passed legislation that created a provincial plan that would help over 3 million people without a workplace pension make retirement investing a reality. However, critics of this plan stated that this plan would decrease employment opportunities due to an elevated payroll tax.

After this legislation was passed, Stephen Harper turned it down on the basis that instead of having their taxes increased for the sake of helping them save for retirement, people prefer to be given tax breaks in exchange for investing in their retirement. In the past, Wynne has complained that Harper’s unwillingness to reform pensions in Canada is “offensive and inexplicable.”

Although these two political leaders are at odds about reforming the Canada Pension Plan, Federal Finance Minister Joe Oliver sent a letter to Ontario representatives, informing them that they would consider a “voluntary supplement” to the Canada Pension Plan. In this letter, it was also stated that mandatory increases to payroll deductions would not be supported by the federal government, but additional solutions that would provide Canadians with more options would be considered. Despite what was included in this letter, the provinces are not going to be involved during the consultation process.

At BlueRock Wealth Management, we realize that despite potential changes to the Canada Pension Plan, retirement investing can be difficult to accomplish. If you would like to go over your retirement options in detail, please contact us to set up an appointment.