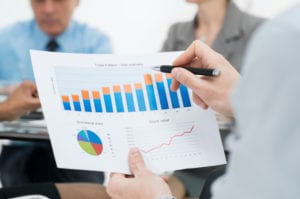 If you own or operate a business in Canada, you work in one of the best regulatory jurisdictions in the world. In a recent report conducted by the Toronto Financial Services Alliance and the U.K. think tank Z/Yen*, Canada and Singapore were ranked as the best regulatory jurisdictions for business finance services throughout the globe. This particular report analysed and ranked other regulatory environments, as well, including Dubai, the European Union, Singapore, Hong Kong, Switzerland, the United States, and the United Kingdom.

Each jurisdiction was analysed and then placed into one of three tiers. Which tier each jurisdiction was placed in depended on how easy it was to conduct business finance activities in either the country or the region and how effectively crime is handled in the area, in addition to other measures.  Canada and Singapore were placed in the first tier, and countries like Hong Kong and the U.S. were put into the second tier. Both the EU and Dubai were placed in the third tier.

Although Canada received a favourable ranking, it was rated poorly in terms of the cost of compliance and the barriers that foreign businesses in the country have to deal with. In the survey, most of the respondents reported that future regulations could become even more difficult and costly for businesses to deal with.

If you want to know more about why Canada is one of the best regulatory jurisdictions in the world, please contact us at BlueRock Wealth Management Inc. We can help you with your business finance operations and help you effectively plan for the future.